Home » Blog » Fly Ash brick is not good for a Sustainable Building !

Fly Ash brick is not good for a Sustainable Building !

What is Fly Ash? It is a powder containing toxic metals like mercury, arsenic, antinomy, chromium, etc. These metals create a very negative impact on our environment and are one of the things that go into the making of Fly Ash Bricks.

In this blog, we shall highlight the 7 major disadvantages of using Fly Ash Bricks in your construction project.

Let’s Begin With – What Is Fly Ash Bricks?

Fly Ash Bricks is a building material made using class C or class F fly ash and water. Fly ash is a byproduct from coal-fired power plants that are frequently used as an admixture in concrete to replace a portion of the Portland cement 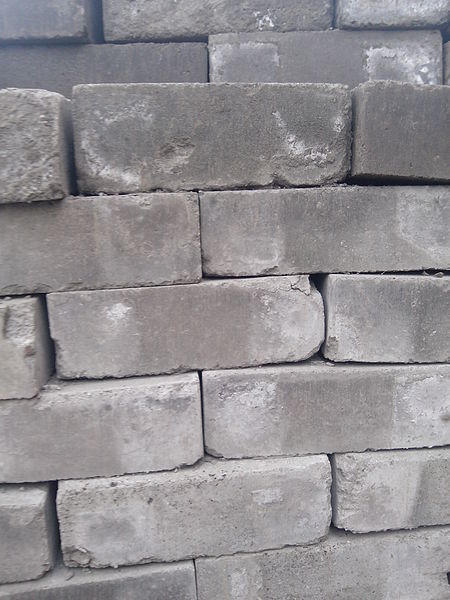 Once concrete changes to a solid state a few hours after pouring, but its curing process takes longer. After its initial setting period, It continues to gain strength for weeks. The addition of fly ash can increase the length of time concrete takes to reach its full strength, this can be a big issue as slow strength gain directly affects the speed of construction.

Fly ash admixtures can increase the time concrete takes for settling. Occasionally this could be desirable, mostly in hot weather where concrete set times are hustled, but during other times it can be a matter of inconvenience as it can delay construction. In such scenarios, other admixtures could be needed to adjust the set time of the concrete. Again, this proportion of admixtures could depend on the percent fly ash in the mixture and the outside temperature.

Concrete is vulnerable to damage from freeze/thaw cycles if it does not contain air. Here, tiny air bubbles can be created in concrete by using air-entraining admixtures which cause the concrete to foam in the mixing and pouring stage. Fly ash reduces the amount of air entrainment, and concrete mixtures high in fly ash often require more air-entraining admixture.

Now, the winter season is very problematic for concrete pouring, and mixtures high in fly ash are even more prone to low temperatures. As we highlighted before, low temperatures increase the setting times and cause slow strength gain even in concrete mixtures without fly ash. And, when fly ash is added it can exaggerate these problems.

While the structural effects of fly ash in concrete are more critical, it also has some cosmetic concerns. If there is fly ash in concrete it becomes more difficult to control the color. Fly ash can also cause many more visual inconsistencies on the finished surface, like dark streaks rising due to carbon particles.

Not all fly ash is suitable for construction, only those produced in power plants are usually compatible with concrete. Other fly ash may need beneficiation. It is very important to use only high-quality fly ash otherwise it can have negative effects on the structure.

Smaller builders and housing contractors may not be very familiar with fly ash products, that can have different properties depending on where and how the fly ash was obtained. Also, fly ash applications can face resistance from traditional builders who are well aware of its tendency to effloresce along with the concerns about thaw/freeze performance. Other prominent concerns of using fly ash bricks include:

Alternatively, Walls made with Porotherm Smart Bricks i.e. has the power of Clay provides the home builders with a lifetime opportunity of building strong, comfortable, and healthy homes during all seasons.

Ways to make Sustainable Buildings and it's requirement after post covid era !

8 Sensible ways to save water at home !